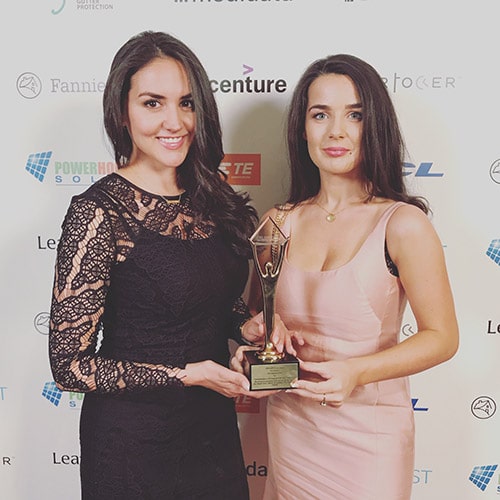 Yesterday evening,?Yulu Public Relations, an?Impact Relations?and strategic communications agency, was awarded the gold honor for leading??Global Issues PR Campaign of the Year??by the 2019 Stevie American Business Awards?. The pioneering team behind the science and technology that led to this award is?Carbon Engineering?(CE), a cleantech company based in Squamish, BC, now known for the development of a scalable carbon capture solution to address climate change.

Recognizing global warming as the greatest threat to face humanity, Yulu took on the challenge of amplifying CE?s technology, understanding the immediate challenge would be to translate the complex and technological jargon behind ?Direct Air Capture? into something the world could understand. Yulu?s job was to raise global awareness of CE?s clean technology innovation that pulls carbon dioxide from the air and turns it into fuel ? slowing, and ultimately reversing, climate change.

?The honor for Yulu truly began just over a year ago when our agency partnered with?Carbon Engineering?to build out its strategic communications plan,? said Melissa Orozco, founder and CEO of?Yulu. ?We knew from the start the significance of CE?s technology so having the opportunity to drive the communications strategy that would reach billions within the first year, spotlighting a climate change solution that gives the world hope for our climate crisis, was a privilege.?

After a comprehensive and strategic planning process, Yulu?s media relations strategy resulted in 600+ top-tier media features within the first year, including a VICE HBO feature story, media site visits which led to feature stories from the NY Times, NPR, BBC, and more, and by popular vote, CE made the front page of Reddit (65k votes to be exact), a notable placement for science and technology enthusiasts.

?Bringing Yulu on to share CE?s news and technology with the world, was one of the best decisions I have made in my time as CEO,? said Steve Oldham, CEO of Carbon Engineering. ?We needed to bring our story to the world?s attention as our technology offers a solution, and hope, for climate change. The media results exceeded my expectations, with global interest from investors, customers and the general public. The key to successful PR is to make the message understandable, and then to have the energy and commitment to get that message out there. Yulu delivered both.

One of the judges for the 2019 Stevie? Awards noted in their approval comments, ?Almost two billion people reached in 25 countries, in 20 different languages, exceeding the target for investor funding ? this is a true global success.?

Yulu Public Relations is a Vancouver?social impact PR agency?founded by?Melissa Orozco?in 2011, with a satellite office for?New York public relations. It was the first PR agency nationally to become?B Corp, certified ? an agency dedicated to championing social innovation by sharing stories that matter. Yulu has been ranked among the?top PR agencies?for?CSR?and is the driving force behind?Impact Relations, the discipline of sharing messages and stories that result in businesses having a positive social or environmental impact.

Founded in 2009, CE is a Canadian-based clean energy company leading the commercialization of groundbreaking technology that captures CO? directly from the atmosphere, and a second technology that synthesizes it into clean, affordable transportation fuels. From a pilot plant in Squamish, B.C., CE has been removing CO? from the atmosphere since 2015 and converting it into fuels since 2017. Learn more:?www.carbonengineering.com

About the Stevie? Awards: