The BC Women’s Health Foundation (BCWHF) engaged Yulu PR to launch a new report series called ‘Unmasking Gender Inequity’ educating British Columbians on the disproportionate impact of the COVID-19 pandemic on women’s health in BC. The first report quantified the disproportionate socioeconomic impact of the COVID-19 crisis on women, along with how this has impacted women’s health. Yulu had just 25 days to strategize and launch the campaign.

The campaign launch included a creative activation called #WeSeeYou where British Columbians were encouraged to post a picture of themselves wearing a mask on social media, and tag three women in their life that they wanted to recognize their strength through the COVID-19 pandemic.

The campaign was wildly successful and earned Yulu and BCWHF 32 pieces of coverage, majority in top tier outlets, and a reach estimated at 65M people. It also secured BCWHF’s first feature in a podcast, garnering international exposure.

Thanks to widespread media attention of the report, BC’s Minister of Health, Adrian Dix, mentioned the report during a BC COVID-19 update that was broadcast live across all of BC’s TV stations, gaining 1.5M impressions.

We were honoured to win the #HashtagAward for Best Communications Campaign for our work on this project. 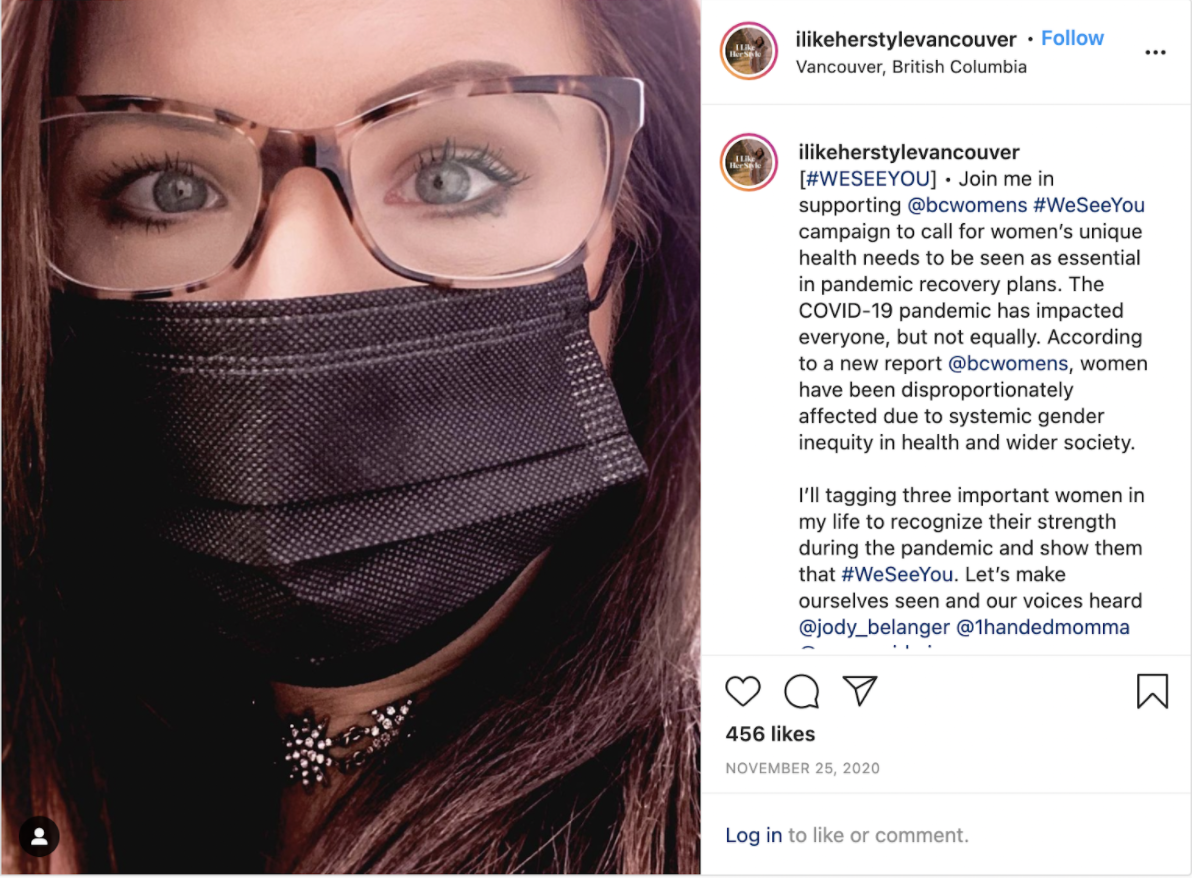