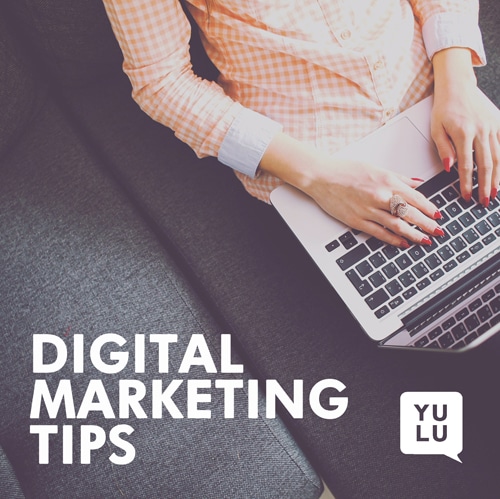 What is digital marketing?

Keep your blog up to date.

Blogging regularly is a key search engine optimization (SEO) enhancer. Create a blog content calendar and schedule to ensure you’re frequently posting content that will appeal to your audience.

Online media coverage is an excellent way to organically boost your SEO. Say your restaurant lands on the Daily Hive’s round-up of the 13 most romantic restaurants in Vancouver – you’re now not only getting more traffic to your website via the readers who take action to visit your website, but you’re more likely to rank in searches for “romantic restaurants in Vancouver”. Your media relations and digital marketing teams should be aligned on your SEO PR strategy. The same goes for influencer marketing and social media marketing efforts.

There’s something to be said about the power of visual storytelling. Nothing speaks better to this than the popularity of Instagram. With its various filters and editing capabilities, anyone can create and share beautiful photos that tell a story.

Images, in particular, resonate with us because of the emotional response they elicit and brands are beginning to recognize this. Using the power of images, brands can better connect with people and conversely, the Instagram community is thriving with users who are already eager and actively participating. Instagram can help to tell the ‘Big Story’ by offering a fresh perspective into a brand’s identity through snapshots (pun intended!) into who and what they’re about.

With this in mind, here are a couple of our local favourites:

ClearlyContacts.ca
While we do have a bit of a bias (they’re our client) we couldn’t pass up the opportunity to share the beautiful editorial-style images they use to perfectly highlight their line of glasses.

A local custom furniture and design company who consistently shares rustic, dreamy, and charming images of their products, as well other things from around the city that inspire them.

We’re huge fans of Juice Truck here at the Yulu office, but we’re also huge fans of what they’re doing on Instagram. Keeping in line with their fresh and energetic vibe, the images they share are always playful and full of colour.

Canadian e-retailer ClearlyContacts.ca is slated to open its first Canadian retail location on Robson Street, Vancouver’s premium shopping district. The move comes in response to a shift by online retailers toward a hybrid model – continuing to maintain a strong online presence while opening brick-and-mortar locations where customers can interact with both company and product.

Summary: The Globe and Mail offers the most authoritative news in Canada, featuring national and international news.
UMV: 3,900,000Link: http://www.theglobeandmail.com/report-on-business/rob-magazine/clearlycontacts-sets-its-sight-on-bricks-and-mortar-retail/article14505474/Clearlycontacts sets its sight on bricks and mortar retail

Roger Hardy isn’t afraid to be a disruptive retailer

When Roger Hardy looks at the next big opportunity for Coastal Contacts Inc., the online eyewear retailer, he looks at real estate—physical stores with front doors, signs and cash registers, the sort of overhead that e-commerce once eschewed. Coastal Contacts, which operates as ClearlyContacts.ca in Canada, opened its first domestic store—on Robson Street in Vancouver—earlier this year as little more than an experiment. It proved so successful that Hardy, the company’s founder and CEO, has now set his sights on opening one or two stores in every major retail centre across Canada.

“Initially we thought we would open a store as a lab,” or a way to learn about our customers, he says. “But one of our big beliefs is that retailers are really going to need to serve customers wherever they want to be served”—via computers or smartphones or in traditional stores.

If the expansion from e-commerce to old-school commerce looks like a step back—online retailing is set to rise by 13% this year, according to Forrester Research, while traditional retailing struggles—consider that the move taps in to a rising trend. Apple opened its first retail outlets more than a decade ago, as a way to deal directly with customers, and now has more than 400 stores around the world. More recently, online jewellery retailer BaubleBar, online clothing retailers Piperlime and Bonobos, and eyewear retailer Warby Parker have opened stores, either to sell or showcase their wares. For Coastal Contacts, the expansion is driven by similar motives, but with a potentially far sweeter upside.

It has been selling corrective eyewear online since 2000—around the time when Pets.com raised more than $80 million (U.S.) in an initial public offering, defining the excesses of the dotcom bubble when it failed soon after its public debut. Hardy’s business plan was far more realistic: He saw huge markups on contact lenses and could see that the Internet offered a leaner way to serve a market that was bound to thrive with an aging population.

So far, so good. With its eyewear selling at a discount of 20% to 70% compared with regular retailers, the company says it is the source of one of every five contact lens sales in Canada and one in 10 pairs of eyeglasses. Worldwide revenue—Coastal also sells to customers in the United States, Europe, Australia, New Zealand and Japan—is expected to hit $225 million this year, up from $196 million in 2012. Although contact lenses represent about 76% of sales, eyeglass sales are growing faster.

Ongoing success means trying something new, though. Orders shipped by Coastal Contacts grew less than 5% in 2012, to 2.3 million, suggesting that consumers still gravitate toward independent operations and small chains for their eyewear needs. Hardy hopes that his Canadian store rollout—adding to locations already opened in Sweden—will disrupt that behaviour: Stores not only provide direct feedback from existing customers but will also give the company access to new customers who are nervous about entering detailed prescription data in the order form or want to try on frames. The company’s scale of operations, with huge sales, in-house brands and its own automated manufacturing equipment in Canada, Sweden and the U.S., means that even traditional stores can replicate online discounts.

“We have a large-scale advantage over those mom-and-pop shops,” Hardy says. While might sell three-to-five pairs of eyeglasses a day, Coastal has the capacity to manufacture 12,000 pairs a day. Typically, the company handles 4,000 orders for contact lenses a day. While prices are lower, Coastal generates gross north of 40% (although steep marketing costs are leading to annual losses).

Its store in Vancouver has been generating sales above $2,000 per square foot of retail space—in line with yoga-wear retailer Lululemon Athletica Inc. But the goal isn’t to transform Coastal Contacts into a traditional retailer. Hardy calls the store concept a “communication vehicle”: Big sales suggest that the word is getting out.