TOPSHOP/TOPMAN engaged Yulu to plan and publicize its Richmond Centre store launch, endeavouring to generate a customer line-up that stretched as far as the eye could see, upon opening day. 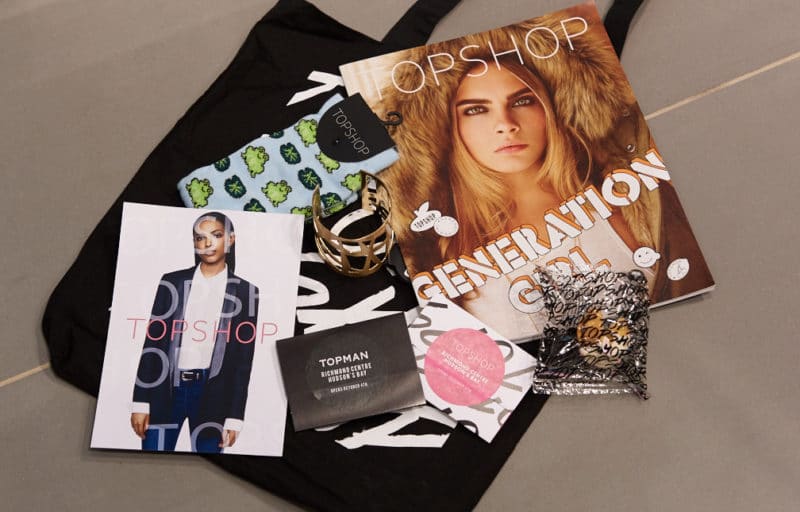 Yulu took a multi-layered approach with several events leading up to the store launch. Over a two-week span, Yulu organized and managed several public street team activations in heavily trafficked areas, informing fashion-forward bypassers of the anticipated store launch. The stylish street team, decked in head-to-toe TOPSHOP/TOPMAN apparel, targeted and engaged fashion-forward bypassers in Richmond’s busiest shopping hubs. Alongside a street team activation at the Richmond Night Market, we placed a TOPSHOP-branded photobooth among the buzzing atmosphere, allowing shoppers to have a branded memento/reminder of the pending store launch. To offer fashion and lifestyle media and influencers an exclusive introduction to the UK brand, we hosted a media preview catered by local celebrity chef from Richmond, Danilo Ibarra. Guests were handed a discount card, a glass of champagne and a fully-stocked store to explore.

The media preview was a total success with dozens of reporters and online fashion influencers in attendance. The Thursday night preview event allowed media an opportunity to write about the anticipated store launch prior to the public launch, which was on the following Saturday. By 9:30am on opening day, there were nearly 400 people in line, resulting in the largest launch turnout TOPSHOP/TOPMAN Canada had experienced to date. By hash-tagging #TOPSHOPRichmond, TOPSHOP fans received free bubble tea from the TOPSHOP branded bubble tea truck towed into Richmond Centre. Gift bags, catered treats, local djs and a photobooth, encouraged TOPSHOP/TOPMAN fans to spend the day shopping. The point-people at TOPSHOP were so pleased with our event planning expertise, they immediately hired us for their following campaign, which was a media event for Hudson’s Bay Company.