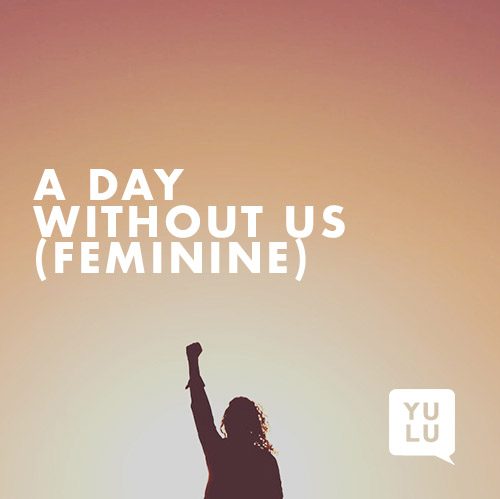 Where does International Women?s Day come from??

Its beginnings date back to the very first decade of the century. In 1908, 15,000 women marched through New York City demanding fair pay and voting rights. Three years later, International Women?s Day (IWD) was honoured on March 19 in Austria, Denmark, Germany and Switzerland. By 1914 March 8 became the agreed upon date for this celebration, globally and has been honoured ever since.

Around the globe, International Women?s Day is celebrated and honoured by individuals, businesses, media outlets and communities empowering women in various ways, commonly represented by supporters wearing purple to signify dignity and justice. Throughout March, tech giant, Apple, will host over 5,000 educational sessions in Apple retail stores as part of a series titled She Creates, which highlights female artists, leaders and creators. Global News shared a list of inspirational women to look up to including Meghan Markle, as well as Christina Koch and Jessica Meir who completed NASA?s first all female spacewalk; and CBC host Anita Bathe will be hosting West Coast LEAF?s annual fundraiser to continue the fight for gender equality on March 6 in the form of an Equality Breakfast.?

Although it is widely understood and agreed upon that women are a valuable group within? society and celebrating their achievements is warranted, it is important to remember that there are still many places worldwide where women are not only underrepresented, disrespected, or deprived from unequal pay and opportunity, but are victims of much more dangerous realities.?

One such place is Mexico, where in January 2020 alone, 320 women were murdered, that is approximately 10 women per day. These astounding rates of femicide have prompted a country-wide 24 hour strike, Un dia sin nosotras, which translates to A day without us (feminine).?

This strike, taking place on March 9, immediately follows International Women?s Day and will mourn those lost to date as well as bring visibility to the violence that many Mexican women face everyday. The objective is to jumpstart the conversation on the alarming rates at which women in Mexico are murdered, and find ways to prevent it.?

Collective action is no new phenomenon but it has been proven to be one of the most effective ways to drive social change ? just think about Greta Thunberg?s Fridays for Future climate strikes, or the Quebec student protests against a governmental proposal to raise tuition. Women have used collective action in the past as a way of raising their voice, for instance, the Icelandic women?s strike on October 24, 1975 which had a very similar premise being centered around the idea of a Woman?s Day Off to demonstrate the importance women have in society. Another example is that of the protests against the abortion ban in Portland in October 2016.?

How did a day without us (feminine) come to be??

Two recent murders drove Veracruz based feminist activist group Las Brujas del Mar to their tipping point, inspiring them to seek collective action. Both murders were examples of the extreme violence that incited significant public outrage; the first being that of Ingrid Escamilla, a 25 year old woman who was brutally tortured and murdered, and whose killer claimed they got into a heated argument that resulted in him ending her life; the second one was that of Fatima Cecilia Aldrighett, a 7 year old girl who was kidnapped from school and found dead four days later, with signs of abuse evident.?

Arussi Unda, a spokeswoman for Las Brujas del Mar says that it was the brutality of these murders that prompted them to ask each other ?What else has to happen for this to change??. So, a day without us (feminine) was born and it was widely adopted by women across Mexico, inevitably gaining the support of large companies such as HSBC Holdings, Bayer AG, Walmart Mexico, and more.??

In a recent interview on the strike, Nadine Gassman, president of the National Women’s Institute of Mexico (Inmujeres) stated that any activities planned by Inmujeres on March 9 will be rescheduled. She highlighted the socially engrained systemic injustices against women in Mexico by stating that ?facing violence against women needs everyone. It needs profound personal changes, especially of men, of how they exercise power, how they do not recognize equality between women and men; the empowerment of women, strengthening and democratization in families?.?

A day without us (feminine) is not just a protest, it is a social movement. One that is much needed not only in Mexico but in many other parts of the world where women still suffer from injustices that seldom make it to international news. This is where communicators come into play, journalists, reporters, writers, and columnists, all have a uniquely important role to in sharing stories like this one. In using communications as a force for good to share stories that have the power to drive behaviour and inspire social change, we can change the narrative and bring more equity to our world.?

This International Women’s Day, let?s not only celebrate those who have fought to help women everywhere to enjoy a reality free from gender-based persecution, but also recognize those who are still fighting that fight.?

This International Women?s Day let?s become inspired by champions and their successes, as well as recognizing the ongoing injustices and find ways to work together to keep advancing positive change.

This International Women?s Day let?s wear purple both on March 8 and March 9, but more importantly, let?s talk about it.?[/vc_column_text][/vc_column][/vc_row]