A few weeks ago, we looked at a few social media campaigns that didn’t turn out quite as successfully as their creators would have hoped. This week, we’re turning the tables. We’re examining some of the most creative, engaging, attention-grabbing campaign ideas that we’ve seen.

Simple and effective. Last year, KFC decided against the traditional college scholarship essay submission for their Colonel’s Scholars program and instead opted for something a little more up-to-date. Students were limited to a whopping 140 characters – a single tweet including the hashtag #KFCScholar – to secure a $20,000 scholarship. The campaign resulted in more than 2,800 applicants, a 20% jump in KFC Twitter follows, and millions of media impressions – in just two weeks. 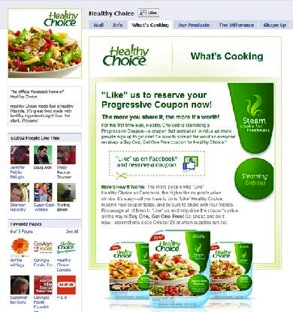 Healthy Choice catered to their social media savvy, coupon-loving customers by introducing a progressive coupon on their Facebook page. The coupon began at $0.75 off and increased for every new page ‘like’, ultimately reaching “buy-one-get-one-free”. Fan count grew from just under 7,000 to over 60,000 in just a few weeks. To top it off, 60% of new fans also subscribed to Healthy Choice’s newsletter.

In order to spread his name, artist @GregBurney vowed to sketch the first 3,000 new followers that he gained on Twitter. Greg began with 70 followers, and by the end of the day, he had well over 2,000. Today Greg has maintained over 5,000 followers. Not only did Burney’s follower count increase by 8,000%, he was able to showcase his work at the same time. 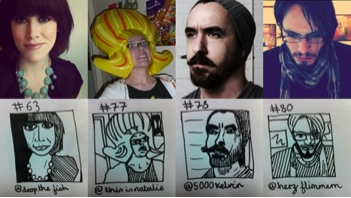 Clearly, it’s not about what you do, but how you do it. Here are a few tips to consider during your next campaign brainstorming session:

Hopefully these success stories will provide inspiration for your next memorable social media campaign!