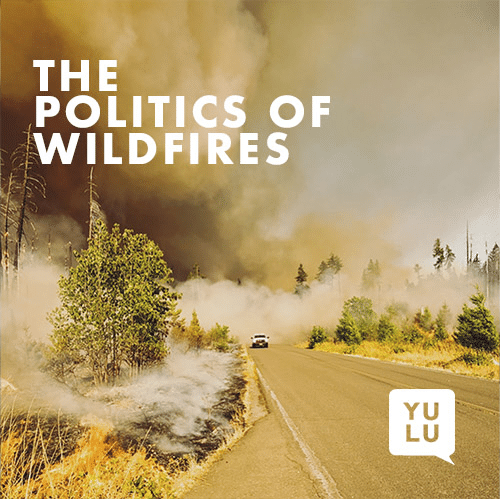 Australian Wildfires: The Politics of Wildfires

Since September 2019, Australia has been devastated by some of the most severe wildfires on record. The wildfires have dominated global media headlines for nearly four months, and although reports vary, estimations put the total area burned at more than 26 million acres. To put that into perspective, fires that ravaged the Amazon last year burned  17 million acres and the deadliest and most destructive fire season in California in 2018 burned nearly 2 million acres.

Things are getting heated (in both meanings of the word). Not only has Australia’s national average temperature increased by more than one degree celsius since 1900, but a worldwide debate has ensued on the implications of climate change, both in triggering the wildfires and fueling them. This debate has caught the attention of media and the general public globally. 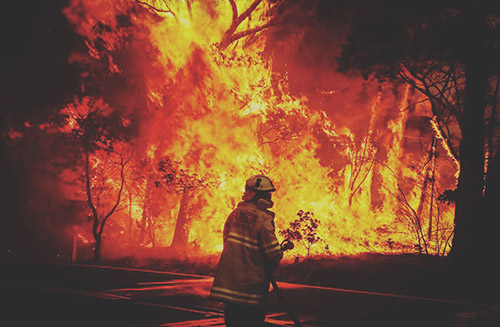 Climate change doesn’t spark wildfires directly, however the environment created as a result of climate change does; rising temperatures, decrease in rainfall, and the drying out of trees, plants and soil, has almost certainly amplified the intensity and longevity of the fires, according to experts.

What’s more, the wildfires themselves are fueling climate change. By burning trees and plants, the carbon usually stored in trunks, leaves and branches is released, creating a so-called ‘feedback loop’ whereby the impacts of climate change are further igniting the issue.

This feedback loop means that destruction from the wildfires is far more reaching than what can be seen by the naked eye; Australia’s fires have produced more GHG emissions than 100 nations combined (400 million metric tons of CO2) and smoke emitted from the fires has covered an estimated 20 million km².

However, despite the data, the Australian government and parts of its media have attempted to downplay the role of man-made climate change in making the country more vulnerable to wildfires. For example, The Australian has been called out by the BBC for failing to give the Australian wildfires the attention it deserves.

Perhaps the best way to understand this rebuttal is by sharing the facts about Australia’s fossil fuel exports:

Media – notably outside of Australia – have pointed out that an admission of a relationship between climate change and the wildfires would put the Australian government and energy sector in a very vulnerable position.

However, with there being no sign of climate change slowing down, risks posed by the increasing impact of global heating are a pressing concern for the economy and financial stability of Australia. 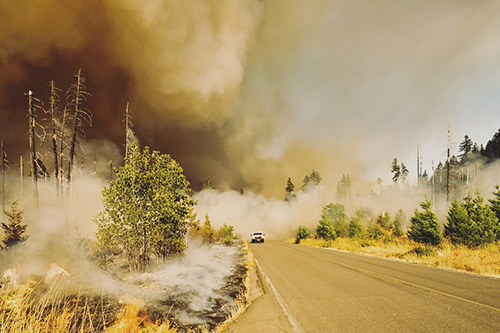 After weeks of criticism over his handling of the wildfire crisis, media have been closely – and rightly – reporting on how Australian Prime Minister, Scott Morrison is publicly dealing with the crisis and how he is talking about climate change. For example, Morrison has said he would propose a high powered enquiry into the disaster, including the impact of climate change. However, The Guardian viewed this proposal with scepticism, pointing out that Morrison’s plan is overshadowed by comments from climate doubters within his government who openly question the science.

This scepticism was reinforced when the Australian Deputy Prime Minister, Michael McCormack, called arguments linking climate change and the wildfires, as “The ravings of some pure, enlightened and woke capital-city greenies.” This was widely reported in publications including; The Guardian, The New York Times, Financial Post, Washington Post and ABC News to name a few.

The World Meteorological Organization says the global temperature increase could hit 3-5 degrees celsius this century, if nothing is done to stop rising emissions. That’s more than three times the limits agreed in the 2015 Paris Climate Agreement. The fact that Australia was ranked last out of 57 countries on climate change policy by the 2020 climate change performance index is alarming but not surprising given its energy consumption and the climate doubters in government.

The alarming media coverage of the situation in Australia right now has spotlighted that climate change is driving climate change. This realization, which has been globally covered, is mobilizing more consumers to act and fight for policy change in support of climate action. What’s yet to be seen is whether this situation, which has been compared to an apocalypse, will spark policy reform and action within Australia.