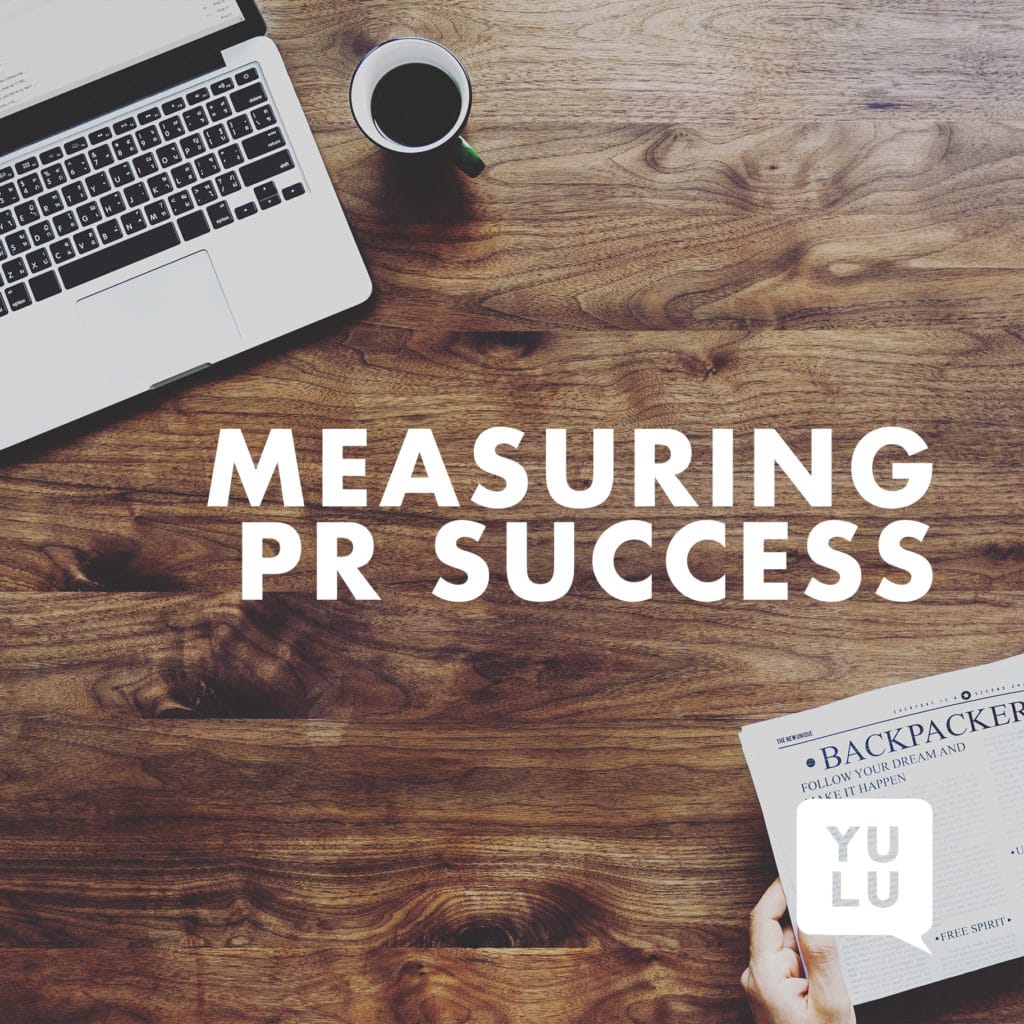 A question we often get asked is ‘how do you measure PR success?’

The goal of media relations is generating column inches in print, or air time on the radio or TV. While counting media hits is one way of gauging a campaign’s success, there are other quantitative ways of measuring audience reach and engagement, and the general ROI of public relations.

Yulu PR is an Impact Relations firm, meaning we believe that stories have the power to drive behavior. We challenge ourselves to measure how a campaign influenced consumer behavior, and how it moved the needle on social or environmental change.

Here’s a few ways to measure PR success to consider:

Once an article is posted, keep an eye on the outlet’s homepage to see whether it appears on the ‘trending’ list. Many outlets (e.g. Huffington Post and Vancouver Sun) have a trending column – if your article appears on this list, you know you’ve hit a hot topic & your story is getting good traction.

Also remember to share the news site’s social post on your own social feeds. This amplifies the reach among the online community you’ve already built up, and will drive more traffic to the news site (a win-win for your company & the news outlet).

When assessing these metrics, consider the ‘outcome’ of initiatives rather than the efforts put in. For example, if the campaign is to encourage consumers to change their daily habits for the good of the environment, you could:

These metrics are far more meaningful than simply talking about the hours invested to create The Guide in the first place.

As the PR industry evolves, so too does the reporting tools available to us. That’s why when it comes metrics, we continue to question, explore and discover new tactics to measure PR success. If you have other ways of measuring a campaign’s impact, we’d love to hear.