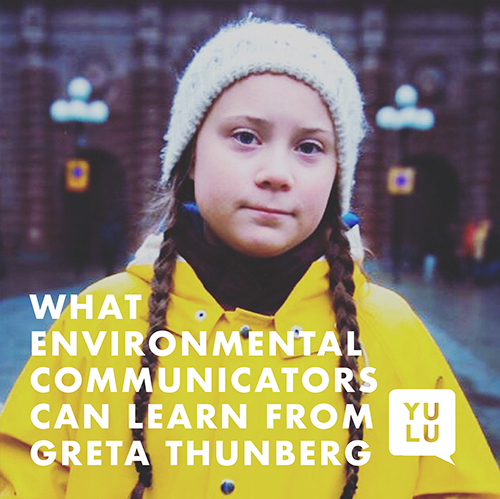 What environmental communications specialists can learn from Greta Thunberg

In November 2018, Greta Thunberg took to the stage at TED Talks in Sweden to speak out about the climate crisis. Diagnosed with Asperger syndrome, obsessive-compulsive disorder and selective mutism, Greta only talks when she needs to and declared on stage that ‘now is one of those moments’ that she feels compelled to speak. To her, ‘almost everything is black or white’ and to address climate crisis, we simply need to stop emitting CO2.

Greta had already begun gaining public attention for skipping school to protest against the climate crisis outside the Stockholm Parliament. Less than six months later, her ‘Fridays for Future’ protests were attended by 1.4 million students worldwide, calling for action against climate change to avoid an existential crisis. Greta has since been nominated by three Norwegian MPs for the Nobel Peace Prize for her activism.

In the last six months, Greta has featured in hundreds of media outlets globally, attracted nearly 600k followers on Twitter and Facebook, and 1.4 million on Instagram, and spoken in front of the British and European parliaments, and the World Economic Forum.

Many environmental communications campaigns seek to raise awareness of an issue or change consumer behaviour. But rarely do campaigns garner as much attention as Greta. What is it about Greta Thunberg that made the world listen?

Here’s what environmental communications professionals can learn from her:

What else have you learned from watching the world finally take notice of the climate crisis because of the actions of Greta?