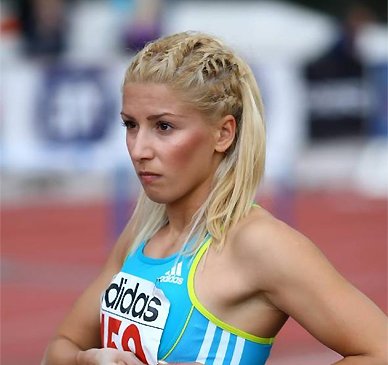 As the 2012 Olympics are wrapping up, we thought we’d review some of the social media mishaps that lead to two Olympians demise…in the games, that is.

For many athletes, the road to the Olympics is never easy. Imagine you spend eight to ten hours a day working toward the dream of a Olympic podium invitation. Now that competition has started, you receive one of the most hearth breaking losses in your career. After which, you log into your Twitter profile and express your pain and anguish. For all intensive purposes, you decide to express your anger in the allotted amount of 140 characters. Little did you know, those 140 characters have just gotten you disqualified and/or expelled from Olympic competition. All of your work and training at the hands of those few simple statements, have now crushed your Olympic dreams.

Okay, so most of us have never trained for the Olympics but the aforementioned “hypothetical” became reality for two athletes. Michel Morganella, a 23 year old Swiss soccer player, vented his frustrations on Twitter after his team lost to South Korea last Sunday. On his tweet, he referred to South Koreans as a ?bunch of mongoloids? and that they should ?go burn?…umm, what did he think would happen?

Shortly after, Grecian athlete Voula Pappachristou gave up her seat in the Olympics after posting political tweets and Facebook posts mocking African immigrants. According to CBS, Pappachristou seemed initially unfazed by the negative reactions to her tweets before her expulsion by tweeting the this: ?”That’s how I am. I laugh. I am not a CD to get stuck!!! And if I make mistakes, I don’t press the replay! I press Play and move on!!!” 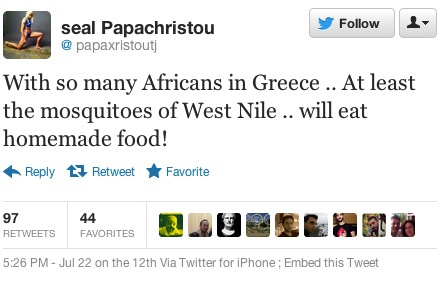 However, Pappachristou?s attitude changed later that week as she posted several tweets in which she apologized to everyone whom she believed she may have insulted when she posted what she called an ?unfortunate and tasteless joke? on her Twitter account. Her Facebook page includes a longer-than-140-characters post on July 25 where she appears to be more sincere.

Both athletes failed to think their comments could have gone viral and would result in the both of their disqualifications at the hands of the Olympic committee. Which should make us all wonder, could these kind of disqualifications happen in our ever-so-comfortable business setting? As social media becomes just as accessible as the oxygen that we breathe we are reminded that the age old saying, “think before you speak” still reigns true. However, many could argue, the saying is now becoming “think before you tweet.” As we engage in social media, we should ask ourselves, is this worth “Tweeting” and are there any potential repercussions? If the Olympic committee will disband an athlete, so will an employer.